Marriage and divorce have typically been viewed as the province of state law. It is state law that determines the conditions of entry into—and exit out of—marriage and established the legal obligations and rights of spouses. Marriage and divorce are private, personal behaviors but recent dramatic changes in family trends have had serious effects on the well-being of children, adults and society as a whole. As a result the federal government, and a handful of states and communities, have become more directly involved in efforts to strengthen marriage and reduce divorce and non marital childbearing. See:

In 1996, Congress adopted the federal Defense of Marriage Act (DOMA). Pub. L. 104-199, 100 Stat. 2419 (Sept. 21, 1996).The first section states that for purposes of federal law, marriage means a legal union between a man and a woman. On February 8th, 2006, the Deficit Reduction Act  was signed into law, which established grants for healthy marriage and responsible fatherhood programs.

State governments regulate marriage and divorce laws. For example, marriage policy has established the age at which a couple can marry and sets other rules regarding who can marry whom. Similarly, divorce policies regulate child custody, the division of assets and in some states require divorcing couples with children to access parenting classes. Over the past several years, both federal and state governments have invested public resources in providing supports to adults who are married or engaged, individuals and to high school age youth.Many states have also conducted outreach activities to promote healthy marriages available here.

The amount of government effort intended to strengthen marriage and reduce divorce has grown during the past two decades. Generally, there are two main forms of endeavors related to working toward these outcomes: state legislative actions and the creation of voluntary educational services. States have enacted legislation such as raising the age of legal marriage, creating covenant marriage laws and creating incentives for participating in premarital education. They have also integrated marriage and relationship education (MRE) services into public services and community-based organizations. This is an overview of the federal funding by state for educational initiatives and related activities as well as legislative actions and changes from 1999-2010.

How Can Policymakers Strengthen Relationships and Marriages in their State?

The amount of state government effort intended to strengthen marriage and reduce divorce has grown over the past two decades. This Brief provides an overview of the many different opportunities and avenues policymakers can use, and some are using, to champion and/or support to strengthen the families and the individuals in their states and communities. For purposes of this Brief, policymakers include public officials working at state or local levels (e.g., governors, judges, legislators, mayors, city council members), the staff of those officials, and appointed or high ranking agency administrators

How Can a State Policymaker Build Support for a Strengthening Marriage Agenda?

Within the last decade, initiatives to strengthen marriage, reduce divorce, and encourage individuals to make healthy relationship choices have become a strategy for strengthening families in many states. You may already have the foundation laid for one, both, or all of these strategies or you may be considering starting such an initiative in your state. Either way, you will need to garner support to move your agenda forward. There are many activities state policymakers and advocates can do to build support for an initiative. These activities can include establishing a statewide campaign to create public awareness; conducting statewide surveys to gauge your state’s beliefs and attitudes about marriage; creating a task force to examine issues and policies that are putting your state’s families at risk; building bridges with potential allies or opponents through meetings and other events; and conducting outreach activities like making presentations to organizations and events.

What Should Policymakers Know about Marriage and Relationship Education?

This Brief is for state policymakers who are considering MRE as a strategy to strengthen families. It provides an overview of MRE programming that can aid policymakers in creating or enhancing family strengthening strategies in their states. A policymaker can include elected or appointed officials working in Federal, State or local government agencies, as well as judges, policy staff and high ranking agency administrators. 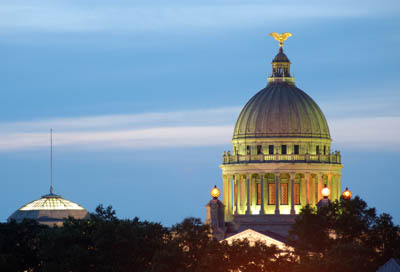 See statements from the executive branch about the value of healthy marriage to society.

Video of healthy marriage and relationship educators explaining how marriage and family programs benefit the community and state.