Overview and Background of the Asian American Population

In 2007, 14 million people in the United States reported an Asian heritage making up 3.4 percent of the U.S. population. Although this is a relatively small ethnic group, it is growing rapidly. Almost two-thirds of all Asian Americans are foreign-born.

Marriage is very common, and quite strong, in the Asian American community. Eighty-two percent of children under 18 in the U.S. Asian/Pacific Islander population live with both of their parents, higher than the national average of seventy percent. Asian Americans tend to have larger than average families with Hmong families having the largest average family size (6.6 persons) and Japanese families having the smallest (3.1 persons).

The term Asian American is used to refer to any individual living in America with an Asian heritage. The five largest Asian groups in the United States are the Chinese, Filipino, Asian Indian, Korean, and Vietnamese. Other Asian ethnic groups include Japanese, Cambodians, Pakistanis, Laotian, Hmong, Thai, Taiwanese, Indonesian, and Bangladeshis. This is a very diverse ethnic group with a variety of languages, traditions and religious preferences (including Buddhism, Catholicism, Hinduism, and Muslim). When Pacific Islanders are included in this population there are nearly 500 languages and dialects spoken and 50 Asian and Pacific and Islander nations.

Marriage in the Asian American Culture

Demonstrated by their high rates of marriage, Asian American cultures generally place great value on marriage. Asian cultural attitudes on marriage center on traditional family values, often encouraging gender-specific roles and a strong familial focus on children. Marriage is considered the means to building families, and families are fundamentally important to Asians. In most Asian cultures, a marital relationship is not solely a relationship between spouses, but involves the extended family as well. 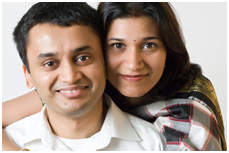 As a cultural group, Asian Americans are sometimes referred to as the "model minority." This is based on their relative success (in business and education), strong family ties (and low divorce rate), and low dependency on public assistance. This belief, however, can mask the disparities between sub-groups within the Asian/Pacific Islander culture.

• Confucian teachings exhort a woman to follow a doctrine of "three obediences" during her lifetime: first, to obey her father before marriage, then her husband after marriage, and her son after her husband's death. Self-sacrifice, silent suffering, and perseverance are held up as valued virtues for women, especially in marriage. "Divorce is rare and brings family shame".

• Taoism supports maintaining harmony in social relationships. Because of this, practitioners may observe that family members and spouses may seek to avoid conflict and confrontation.

• For Buddhists, marriage is a secular institution, making it distinct from other major religions.

A group of Vietnamese Americans differentiated marriage values between East and West in this way :

Asian immigrants' adaptation to the United States has affected the family system.

·         The increased economic role of Asian wives and the associated decline in their husbands' economic power and social status have contributed to marital conflicts. Depending on the generation and how long the household has had to assimilate into the American culture appears to influence the traditional patriarchal traditions.

·         Many followers of traditional Asian cultures value inter-connectedness in contrast to a Western value of independence. This difference can result in a marriage that is considered healthy by Eastern standards and unhealthy or co-dependent by Western culture.

·         Romantic attachment is the primary goal in the selection of a marital partner in contemporary U.S. society. This provides a dilemma for recent immigrants whose cultural values may consider other factors as being more important e.g. financial situation, family status, or as a means to ensure continuity of family lineage. In some Asian groups traditional family members want to screen and make the final selection of marriage partners for their adult children.

Domestic violence is an area of concern in many Asian counties. It also tends to be higher among Asian Americans (with the exception of Chinese Americans) than other U.S. populations. Intimate partner violence among Asian Americans is based on two themes in the literature. First, the stressors involved in immigration and acculturation may increase vulnerability. Second, traditional attitudes toward marriage and gender roles may perpetuate patriarchal norms related to risk .

• Studies have shown that, in contrast to U.S. families as a whole, Asian American families tend to be more stable, to have lower divorce rates, and to have fewer female headed households.

• Asian Americans have a high rate of intermarriage (that is marriage to those in another racial/ethnic group). A recent study based on the last four censuses found that Asian-white intermarriage (primarily Asian wife-white husband) had remained the most common type of interracial marriage all interracial couples from 1970 to 2000 .

• The low rates of divorce and separation among Asian American groups may help to account for the relatively low proportion of such families with incomes below the poverty level.

• Divorce and separation rates among native-born Asians differ little from rates of native born whites. However, among foreign born Asian women were less likely to be divorced or separated as compared to their American born counterparts . 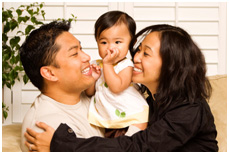 There are a limited number of resources for practitioners delivering relationship education among Asian American communities. The National Healthy Marriage Resource Center has published the following resources:

Structural and Assimilationist Explanations of Asian American Intermarriage by: Sean-Shong Hwang, Rogelio Saenz, and Benigno E. Aguirre. 1997. Journal of Marriage and the Family 59:758-772. Available through JSTOR.

Portrait of Hawai‘i's Families by: Ivette Rodriguez Stern, Sylvia Yuen, and Shi-Jen He. Center on the Family, University of Hawai‘i at Mänoa, 2004. 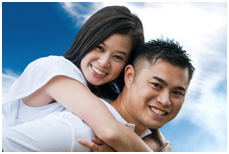 The Administration for Children and Families supports an Asian and Pacific Islander Healthy Marriage and Family Strengthening Initiative.