Overview and Background of the American Hispanic and Latino Population

As of July 2007, Hispanics comprised approximately fifteen percent of the U.S. population with an estimated 45.5 million individuals reporting Hispanic ethnicity. Hispanics are currently the nation's largest ethnic or racial minority, and the Hispanic population is projected to nearly triple in size by the year 2050; nearly one in three U.S. residents will be Hispanic .

Generally speaking, family is an important cultural value to Hispanics. Sixty-six percent of Hispanic children live with two married parents. Comparatively, approximately seventy percent of all U.S. children live with two married parents. Hispanic couples generally have more children than other racial and ethnic groups. In 2000 the birth rate for Hispanics was 96 per 1000, compared with 69 for Blacks and 57 for Whites.

Used interchangeably, "Hispanic" or "Latino" refers to any person of Mexican, Puerto Rican, Cuban, Central American, South American, or other Spanish cultural origin or descent. The 2000 Census expanded terminology by inquiring about "Spanish/Hispanic/Latino" ethnicity. Given the multiple countries of origin, there is much within-group variation under the label "Hispanic" or "Latino." Despite having a unified language -Spanish- there is also variation in terminology among the various countries. For example, a "tortilla" is circular flat bread made of corn or flour, but in Puerto Rico, a "tortilla" is an omelet. In Bolivia, babies are called "huahuas; in Chile, babies are known as "guaguas."  However, there are also Latino cultural commonalities that unify people of Spanish-speaking countries that are described in more detail below.

There are a number of traditional beliefs about family relationships among Hispanics. Most of these beliefs overlap with philosophies of marriage and roles within the marital relationship. The extent to which Hispanics identify with or accept these cultural norms or mores, however, may depend on their country of origin and their level of acculturation and assimilation to the U.S. For instance, integration with American mainstream culture may weaken adherence to traditional Hispanic cultural views for second- or third-generation Hispanics born in the United States.

Marriage in the Hispanic and Latino Community

Marriage in the Hispanic culture is often seen in a familial context-extending beyond the nucleus of the married couple. This perspective is influenced by cultural beliefs regarding family, for example, "colectivismo" (defined below). Familial relationships are regarded more highly than the marital relationship. Being a good parent to children and involving extended family members or close friends as trusted sources of support are common beliefs and practices upheld by the Hispanic / Latino community.

Cultural Beliefs Related to Marriage:
• "Colectivismo" emphasizes the needs of the group rather than the individual. Family needs go before personal needs.

• "Familismo" refers to strong feelings of loyalty and unity among family members.

• "Marianismo" refers to being submissive, self-sacrificing, religious, humble, and modest. A wife is often evaluated by her conformity to these values.

• "Hembrismo" (femaleness) refers to strength, courage, and perseverance. A wife is expected to enforce tradition, morality, and religious values, as well as run the household and rear the children.

• A husband is expected to display "machismo," meaning he is expected to be strong, in control of the family, and responsible for providing for his family. 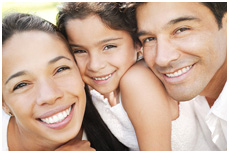 • There were 6 million unmarried partner households in 2006 (5.2 million are opposite-sex couples). Hispanics are slightly less likely to cohabit than Whites. 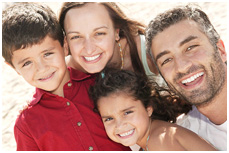 • Appealing to Hispanic Men (Migrant Workers): Strategies for Recruitment and Engagement in Marriage Education — This Tip Sheet is designed to give practitioners strategies and advice on how to engage Hispanic men in marriage eduation programs.

• Trends in Percent Ever Married by Age and Race/Ethnicity — This Fact Sheet provides a table on marriage among Hispanic men and women.

• Twogether in Texas Baseline Report on Marriage in the Lone Star State. See Special Report #1: Culture and Marriage: Strengths and Weaknesses of More Traditional Versus Assimilated Hispanics in the Texas survey. This is a statewide survey which includes a large Hispanic sample. Survey findings report on attitudes toward marriage, living arrangements, and interest in marriage education.

Additional Resources available through the NHMRC:
• The Hispanic Healthy Marriage Initiative (HHMI) has developed curriculum modules which can be used to supplement a marriage education program. The modules are available in their entirety on the NHMRC Website here. Topics include: Hispanic Culture and Relationships, Gender: What Makes us Different, and Talking Together.

• The Hispanic Family in Flux. Center on Children and Families Working Paper by: Roberto Suro. Nov 2007.

• Gender Norms and the Role of the Extended Family.  Publication of the HHMI. 2005.

•  10 Cosas Que Puedes Hacer Para Tener Un Matrimonio Saludable (10 Things You Can Do To Have a Healthy Marriage) –This Spanish-language Tip Sheet provides examples of things couples can do to strengthen their relationship.

•  Preparando a tus Hijos para tener un Matrimonio Saludable (How to Teach Your Child About Healthy Marriage) –A Spanish-language Tip Sheet for parents with strategies to help teach children about the importance of healthy relationships and marriage. 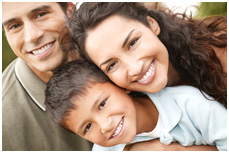 • The Administration for Children and Families' (ACF) Hispanic Healthy Marriage Initiative (HHMI) provides resources from tip sheets, to curricula listing, to data. This website also has many links to other useful resources: http://www.acf.hhs.gov/healthymarriage/about/hispanic_hm_initiative.508.html.

The HHMI has developed brief video interviews of healthy marriage program participants and staff, and programs are encouraged to post the videos on their own website as well as utilize them in other settings when reaching out to potential partners, educating community stakeholders and recruiting participants. The videos are available in Spanish and English and can be found at the following links:

ACF also provides this list of available resources for Hispanic Healthy Marriage programs and a guide to marriage education curricula available in Spanish:

In addition, ACF also have a series of briefs for practitioners:

• Family Bridges provides services for Hispanic couples, and this website has resources that cater to the community's culture

• The Center for Law and Social Policy (CLASP) prepared a paper entitled Adapting Healthy Marriage Programs for Disadvantaged and Culturally Diverse Populations: What Are the Issues?

• The Fragile Families and Child Wellbeing Study is following a cohort of nearly 5,000 children born in large U.S. cities between 1998 and 2000 (roughly three-quarters of whom were born to unmarried parents). These families are considered "fragile" because they are at greater risk of breaking up and living in poverty than more traditional families. Papers of interest include:
Bendito Amor: Religion and Relationships among Married and Unmarried Latinos in Urban America Working Paper 2007-06-FF by: W. Bardford Wilcox and Edwin Hernandez.
Married and Cohabiting Parents' Relationship Stability: A Focus on Race and Ethnicity by Cynthia Osborne, Wendy Manning, and Pamela Smock. 2007. Journal of Marriage and Family. 69(5): 1345-1366.

• The Pew Hispanic Center is a nonpartisan research organization that seeks to improve understanding of the U.S. Hispanic population and to chronicle Latinos' growing impact on the nation.