Many young adults believe that sex—and losing one’s virginity—is secondary to having a healthy relationship, according to a new survey from The National Campaign and MTV’s It’s Your (Sex) Life.  Among the other finding from the new report,  Virgin Territory: What Young Adults Say About Sex, Love, Relationships, and the First Time:
You can read the full report here; when you’re done mining the data, check out MTV’s new docu-series “Virgin Territory,” which follows the lives of fifteen young adults, all of whom are trying to maneuver the tricky world of virginity. Episode one aired July 16, 2014 and future episodes will air Wednesdays at 11:00 p.m. ET/PT. 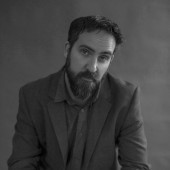