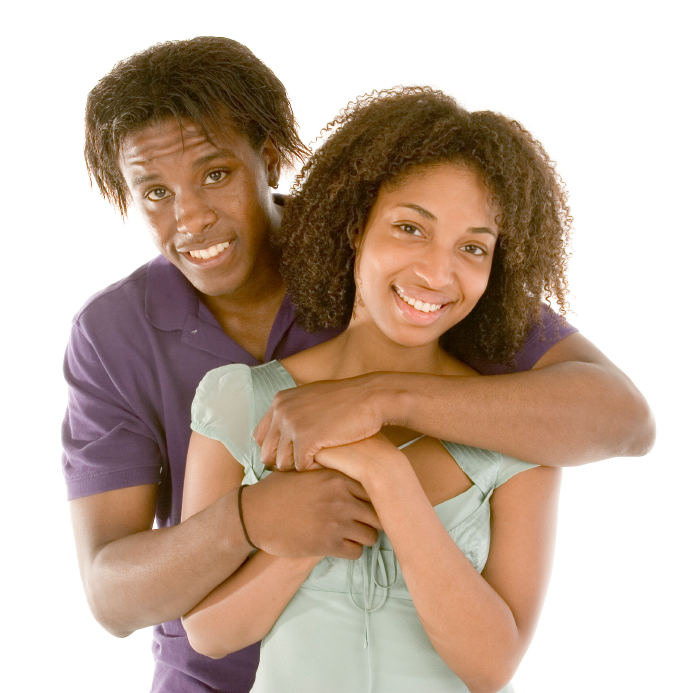 Just a little over 4 years ago, Natalie and James meet at a Community College, where a dance class was the beginning of a journey of our lives together. The class was twice a week and we learned to Waltz, Tango, Salsa and even Cha- Cha. To be honest, James joined the class to meet girls, but after the moment he meet Natalie, all his plans changed for that semester. There were only about 5 guys enrolled in the class and about 30 plus girls, which is a great ratio for any guy, but he was so attracted to Natalie that he would come to class and would stand on the same side of the room where Natalie was in order to be the first to dance with her. He thought she was attracted to him as well, because for some reason, when it came time to rotate and switch partners, she would not rotate. Now keep in mind there are about 25 other girls who are waiting to dance with someone other than themselves, but Natalie and James were so much in our own world that they did not care who was waiting or who was dancing with who.

Things were moving along very quickly and about 4 months into the relationship, they were so in love. He would write her poems, and letters telling how much he was in love with her. Everything was going great with the 4 months we were together, and just as they were actually beginning to develop a relationship, Natalie got pregnant.

He still remembers the phone call, she said, “James could you come over here, we need to talk.”  When he drove to her house, he knew what she was going to say. All he could think was “everything was going to change.”

James was so in love with Natalie, but he barely knew her and wondered how would they begin a family together. Also, he could not picture what a healthy family looked like.

James never had a father who showed him how to take care of the mother of my child. I was raised by a single mother who got married three times. When he was two, his father chose alcohol over a family, and when he was ten, his step-dad chose drugs over a family. In James's memory, in both of these relationships, his mom was not treated with respect. He watched his mom get pushed down the stairs when she was pregnant. He remembered having to leave in the middle of the night to go sleep somewhere else, because it was not safe. At another time, James remembered coming home to a house to an empty house, because his step-dad sold everything for drugs.

James reflected all of this as he drove to Natalie's house. He wanted to be with Natalie and she wanted to be with him, so they decided to start our family. We moved in together in a little shack down the street from the school I was working at, and thought it was going to be the start of a new life.
But the start of a new life was not so fabulous to Natalie's perspective. She had just emigrated from Ukraine only three years ago, leaving everything behind, a home, friends, memories, and a part of herself. She began a new life in the States with nothing. Here, she was pregnant, starting over with nothing but living in a shack with a man she just meet four months ago.

At this point, they had no idea how this was going to work with them being so different. We had different backgrounds, cultures, and even religions. When they went to their families for advice in overcoming this adversity, there was no support. James's family said that he did not need to marry Natalie. James should get a paternity test to make sure it was his before investing in this relationship. From Natalie's side, her parents were saying that they were embarrassed. They were looked down upon at their church, and we needed to marry immediately before everyone found out.

Just as fast as they feel in love in that dance class, the tension between us grew rapidly. They would find little things to argue about to avoid the real things bothering us. They would fight over what music they to listen, to who was going to do the dishes that night. Things only got worse, James started to disconnect from their relationship and began drinking to mask the problems that they had. He did not want to spend every minute with Natalie anymore, and she became resentful of James.

They began looking for resources, but there was nothing. We wanted to go to someone who was objective and would give us some real advise, but counselors were going at $120/hr. How could they afford that? They didn't have health insurance to cover the cost. But as the time went on and the arguments became more frequently with all the feelings of anger, resentment, depression, and the total opposite of the feelings we had just four months ago, we were about to quit.

Then, Natalie came home with a flyer that she picked up from one of her pregnancy appointments. It was a flyer for the Flourishing Families Program that advertised to help couples build healthy families.

This flyer saved James's life, it saved Natalie's life, it saved their son, and most importantly, it saved their family. Before the class, they were lost and their lives we going in completely different directions. Our goals were totally different. James did not have any plans or goals to begin with. The Flourishing Family's Program taught them how to build a family. It started with them learning to talk with each other. When they learned to communicate, they were able to create goals which shifted the focus in our lives.

This flyer gave them hope. The Healthy Marriage Project showed James how to be a father, a husband and a man. After the class ended Natalie and James got married and began to build our family together. One of the goals that they set was to finish their education, and in May they graduated together with their Bachelor's degrees. They credit so much to this program that we became instructors to help other that have similar situations to our story. Also, I am now serving as a Board Member and looking for more ways to get involved with the Healthy Marriage Project.

They say, that they could have never done it alone. They could never have created an environment for our son to grow up in a family by themselves. We would have never become a team that can accomplish anything together without the help of this 15 hour class.